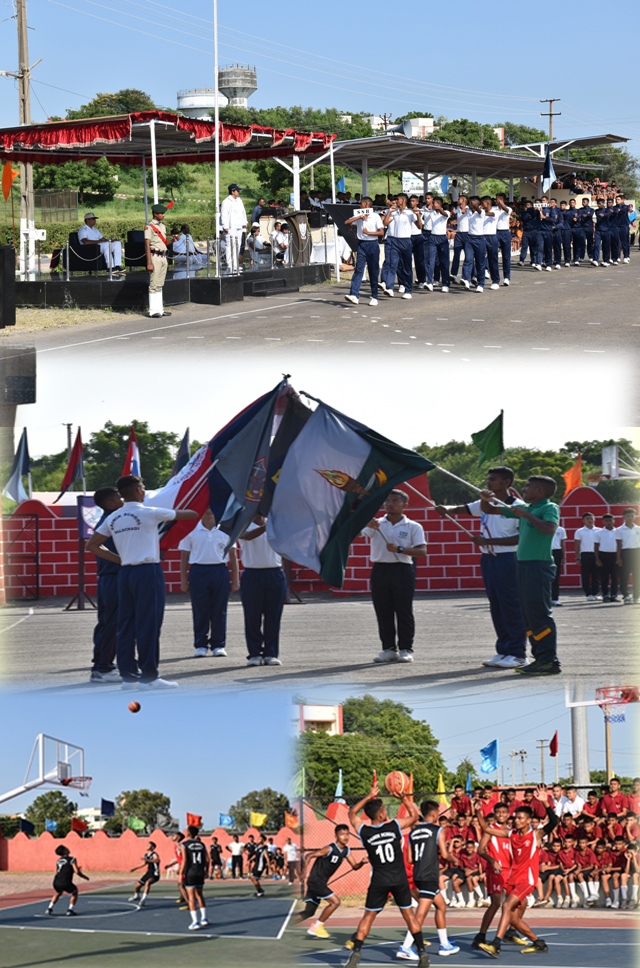 The Opening Ceremony was held on 06 Sept 2022 where Lt Col Harjot Kaur,  Vice Principal, Sainik School Balachadi declared the Championship open. It was a grand event with March Past by the participating teams and Band Display of the School followed by oath taking ceremony. Balachadians also presented the group song ‘Get Ready to Fight’ on this occasion.

While addressing the gathering, the Chief Guest emphasized the role of games and sports activities in moulding the Cadets into holistic personalities. She also emphasized that participating in various games and sports also develop a feeling of sportsmanship. She said favourite part of the sport is to get opportunity to participate. She also quoted the famous quote of Jesse Owens “Friendships born on the field of athletic strife are the real gold of competition. Awards become corroded, friends gather no dust.”

Vice Principal extended warm welcome to all the teams to Sainik School Balachadi and wished all the teams for their upcoming matches.